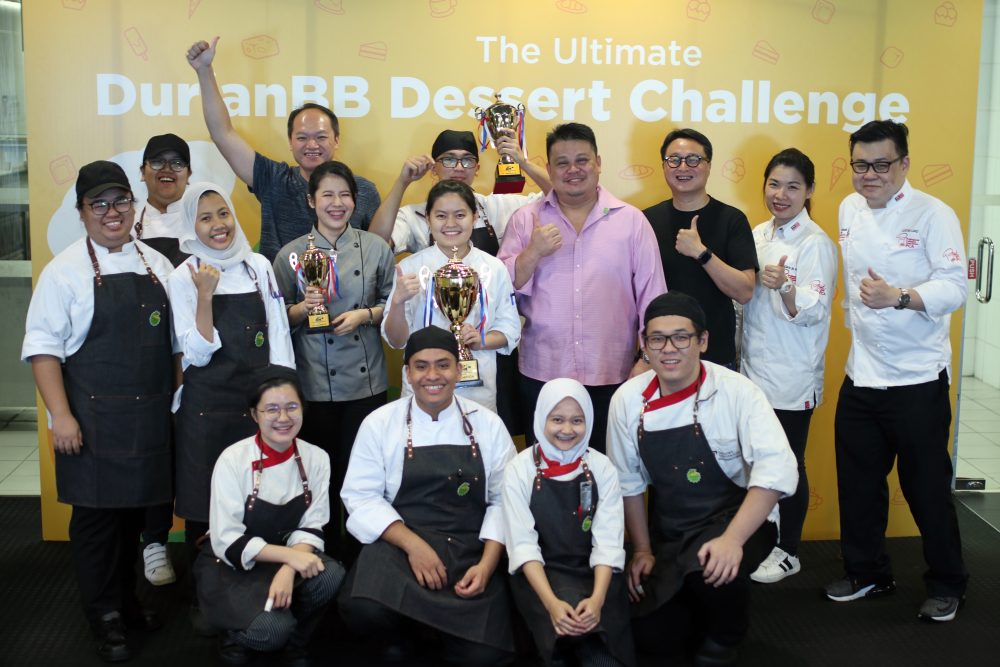 KUALA LUMPUR, 1 December 2018 – DurianBB International Sdn Bhd’s hunt for Asia’s best durian dessert chef has kicked off in Kuala Lumpur last Saturday. The hunt has landed with a discovery of a talented young student chef, Teo Xiao Wen Felicia, who brought home the title of The Ultimate DurianBB Dessert Challenge 2018 KL Leg, and cash prize of RM5,000. Her win brings her to the Grand Finale where she will represent Malaysia and meet winners from three other cities to compete for the title of Grand Champion.

In order to scour for Asia’s best dessert chef that could raise the standards of gourmet durian desserts internationally, DurianBB has planned for a series of competitions to be held across four cities where chefs are expected to create innovative and creative desserts based on the DurianBB Durian Paste. Just a month ago, DurianBB announced the competition via social media and has attracted participation of over 100 individuals around the country. Based on the recipe and photos submission, ten finalists were shortlisted to compete in the Final Round, held at Truffles Restaurant in Taylor’s University Lakeside Campus. Early morning on Saturday, ten spirited finalists started the day with confidence and were ready to put their skills and recipe to the test.

The fight to win The Ultimate DurianBB Dessert Challenge is a test of accuracy, speed and competency. Ten minutes into the competition, finalists were seen pouring their hearts out into their creations. The competition was stiff with finalists all scrambling to perfect the dessert.

One of the finalists, Putri Siti Nor Haryanna Binti Mohd Zain, or better known as Ryanna, who runs her bakery business first saw the contest announcement on Instagram and Facebook, of which she responded to it immediately. When asked what are her expectations from this experience, she was optimistic about how the contest may change her career outlook. She expressed confidence in dessert recipe and now with DurianBB at the helm of this competition, she hopes to give her recipe the exposure it deserves.

Chef Gan Si Ni, who is also the Secretary-General of Professional Culinaire Association (PCA), was one of the esteemed judges of the competition. “It is a great opportunity for chefs of all levels including juniors challenging themselves on an international level. I am expecting innovation and creativity from the competition as the main ingredient can be very challenging,” said Gan. When asked on her thoughts of the competition, Gan commends DurianBB on the investment in young chefs and for championing the cause of durian dessert as durian has not been widely popular in the international culinary competitive scene. Gan further expresses her optimism as DurianBB has made it possible for participants to very boldly use this Malaysian ingredient to its maximum potential. She is looking forward to see varieties from the competition with DurianBB going over and above to search for a talented dessert chef. Gan foresees that the winning dessert will be able to change the dessert game in Asia. 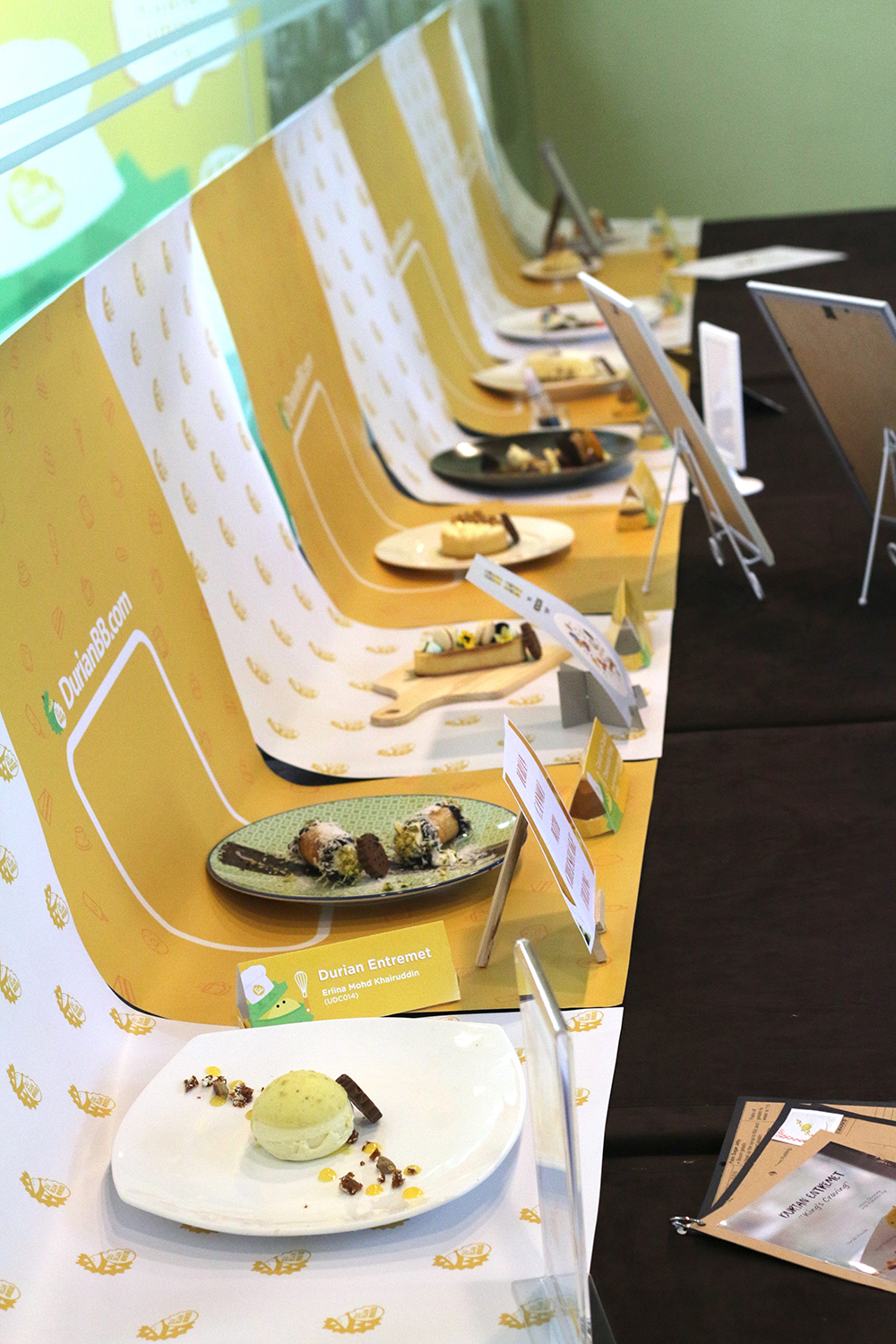 After a nerve-wrecking hour, ten finalists had their participating desserts ready and judges were left with difficult choices. Based on three main criteria, namely Mise-en-place, Presentation & Innovation; and Taste & Texture. In the end, student chef Felicia Teo won the challenge, took home the grand prize of RM5,000 cash and the opportunity to compete in the Grand Finale against champions of three other cities. Her Minion Tart took the ultimate prize for its top-notch taste texture and intricate presentation. The first runner-up, Edric Lee, who created a tantalizing Durian Tart that is inspired by Malaysia’s all-time favorite durian cendol, took home the cash prize of RM3,500. Before getting the results, Lee expressed his gratitude to DurianBB for leaving it to young chefs to bring out the durian potential that has never been done before on an international level. Last but not least, second runner-up went to Ryanna, the aspiring chef who presented a deconstructed Durian Hazelnut Opera Cake with much finesse, and brought home the cash prize of RM1,500.

Chef Lucas Liao from Malaysia Master Chef Association, who was the Head Judge of the day, also expressed his delight, “The participants have done an amazing job, turning durian into fabulous desserts. I believe it was not easy applying something such local Malaysian [ingredient] into contemporary desserts… It was indeed great.” He also mentioned that he had set out to witness the creativity from participants at transforming durian into contemporary desserts, and the results have been impressive and certainly, scrumptious. “I look forward to more new creations from other chefs and hope to see and taste new and better durian desserts made by passionate chefs,” said Liao after announcing the results.

Adrian Choy, Founder of DurianBB who was present on the day of competition, expressed his delight and surprise. “I am very impressed with the way the desserts have been created. The presentation is very professional, far above expectations.” When asked what is next for DurianBB, he replied, “We are going to do the same in different cities, so we are expecting new recipes. Moving forward, we hope to expand horizons of the brand by developing creative products like these.”

Kuala Lumpur’s search for an innovative dessert chef has highlighted the many talents in the country and the great potential from young student chefs with the likes of Felicia Teo. The Ultimate DurianBB Dessert Challenge will continue its search in Beijing, China where participants will be judged based on the same criteria. DurianBB will crown its Grand Champion in 2019 and in the meantime, elevate durian desserts to a whole new level. For more information, visit DurianBB Malaysia at www.durianbb.com.my or the contest page at contest.durianbb.com.my. 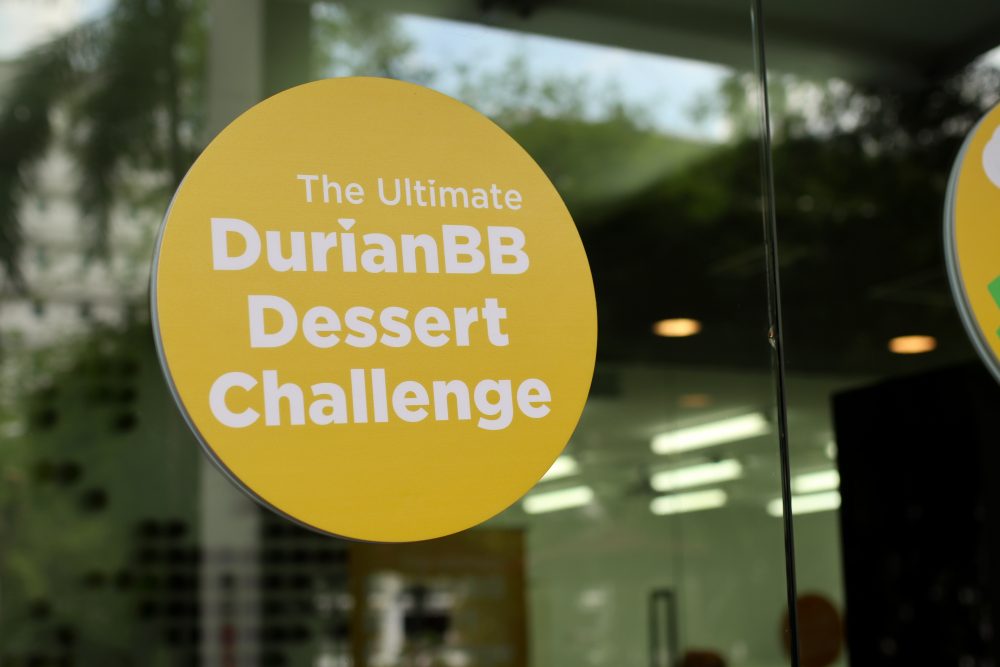 The Ultimate DurianBB Dessert Challenge Is On!